In Unity with Creation

Everything operates on behalf of everything else

Everything is part of everything else

Everything has a place.

I have left this journal entry in place as I am clear that we are in a unified field of consciousness wherein what each of us participates in contributes to the many: While this 7-month engagement is presently closed for enrollment, we are all participating in the etheric territory together of our one-soul heart. Read on 🙂

At different times in the last half-century, human consciousness expanded and new work was needed to meet that expansion. This I have done before. Up until January 1st, 2020 I thought there would be more to go to get to where many have an imprint of where we were going during these times. When I did the 100 plus Prophetics at the beginning of the year, it was unmistakable that we were in some kind of arrival. Since then an ‘arrival’ of a new level of consciousness has been present in consults and activations. Now it is our time to secure what has been expanded into by human beings by actualizing their mental mind into quantum layers of consciousness.

“Remembrance or prophecy? …. thought, understood as an alchemical product that distills a human being’s profound ability to create the forms in which he or she lives. Thoughts that form the foundation of an existence that flows on a new current of time, in which every true dreamer is called to become an architect of his or her existence. Because bold imagination is capable of launching visions beyond space and time and is not an escape from a tiring everyday life but the exercise of a human being’s own power in all possible times. ” Excerpt From Falco Tarassaco. “Liber S.”

I have selected three areas. They are not random. They are based on six years of working in sacred labs with a diverse group of people around the globe. Since these areas are not describable by known means, I leave it to your consciousness to inform you of your participation.

This is the greatest service I can give anyone. People are still trying to live in the existing paradigm when there is no future there. People caught in waiting on the outer world to give them their world will be in a great muddle. Contacting that which they are a part of and more than that – carrying the templates that bring these new realities into existence is all I am paying attention to now – especially over the next few months [7] to be exact.

You can compare the work in the next 7 months as preparation for what is coming that we are designed to be a part of.

Restoring G.O.D. Matrix[es]: Human beings were designed to be one with Creation. The resonance of the truth of this has been lost but it is true none the same. Within each human being is a template of so above/so below whether it is finding a partner, getting well, world peace. The macro/mini the gift of our creation. We are made of the substance of G.O.D. in multiverses of expression. This planet is recognized by Tantra Maat as the Realm of the Primordial Mother that created – a paradise for both the physical and non-physical realms of creation to have a place to be in unity with each other, enjoy Life itself, and share in the multiple expressions of creation here.

Many will continue to move forward in temporal linear time, like fish moving within a river. Others will enter into the quantum mind of the Generating Organizing Designs of Creation of which they are a part having restored their unique and essential aspects of Creation. AND in that restore their expression of those aspects in the immediate time ahead. These Beings are not only awakening into Be Here Now, but also into a Time Quadrant* of It is Now. 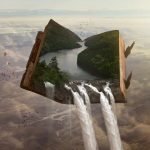 The different levels of participation within the Generating Organizing Designs of Creation are stated below.

Information and Registration into Patron Participation

The Patron Work is ongoing. The 7-month work is a part of the Patron ongoing participation with Tantra Maat and their G.O.D.’s of Creation.

The Registration for participation in the present 7-month Engagement with Creation is presently closed. The Avatar Participation is limited to specific engagements i.e. the 7-month Restoring the G.O.D. Matrix project

The Registration for participation in the present 7-month Engagement with Creation is presently closed. The Monad Participation is limited to specific engagements i.e. the 7-month Restoring the G.O.D. Matrix project

Our Minds Minding the Mind of Creation