We have a WhatsApp thread where I posted the following video and comments and audios on. I decided I wanted to share it here. There must be more people who are coming out of amnesia and recognizing mindsets that separate them from what they love and what they are deeply connected to. This is a snippet of a conversation I had with The Field of Tantra Maat. I want to share it with you.

A conversation started on our thread about how people took care of birds. Was it right to feed them in the summer when they had enough food? People shared how they took care of birds. There on the surface did not seem anything weird about the conversation. Except for me. I call it the moral high ground mindset that prevents each of us from having the ability to be connected to life and to ourselves in our own unique and essential way. Connection and moral high ground do not live in the same kinds of reality. The following are my comments:

What is it to be in unity with life each in our own unique and essential way between different aspects of life and ourselves? What is it to recognize that in ourselves and in each other? Wouldn’t we have to be clear that none of us operate against life and only operate in a relationship with life? The Kin of ATA recognition of ‘being’ in paradise?

Cannot we tell this moral high ground thinking has us feel separate from the intimacy and empathy of ourselves, others, and life? I point this nowhere except at mindsets that harm us and each other that we are working through at this time. 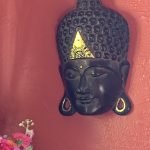 No kidding, I hope these thoughts serve you. We are victims of thought patterns that separate us from the very paradise of our existence. I say, “No More!”

The video below is 5:48 minutes long. Take a minute to muse with an animal and see what happens.