This is the November 10th post. The first post is What I have been observing lately in the human psyche and I listed three areas that I wanted to explore with you.

This is the second in a series of posts to support us moving through a debris field of consciousness into paradise on the other side. The area of exploration is: Leading with considerations  – “yes, but…”

Now before we go on, it is important to have the right context for the conversation. I am not talking about the outside circumstantial world. There is certainly enough of that going on. I am addressing the inner consciousness of ‘human being’ that is going through dramatic upleveling of awakening. That is what I am supporting. That is my interest, my passion, my love affair with the human psyche. The human psyche carries the mind of the soul. The soul in this rendering is the collective paradise that we are designed to be the consciousness of.

…yes…and, in that, we are the ‘field’ within which the physical world rearranges its molecules, its atoms, its particles as a physical expression of the collective soul of paradise where we are standing whether it is here on earth, in our dreamwalks, or in our astral traveling. We are the embodiment – a field phenomenon of creation.

Ok..now that is out of the way.

I do not correct human behavior. I develop the mind of ‘human being’ to sustain and maintain its consciousness of Creation again. Have been doing that for over a half-century. Nothing has changed except there are two forms of reality now. One collapsing and one forming. The second one my interest has been created by all the work of consciousness that has been done prior to and during our being here. Super cool to be on the edge of new beginnings of mind, body, and spirit – spirit in this application is to be enspirited, lively, accentuated into a greater emotion of intimacy, ecstasy, passion, and peace.

Yes? Say “YES!” Thank you. Already beginning to dispel the flack of consciousness we are moving through.

This brings me to what I am presencing next. Even the greater minds still operate in ‘either/or’. Try that on. It is in my book, The Language of Creation. more thoroughly explored. In Creation, there is no ‘either/or’. That is a human concept. There is only ‘both/and’ in Creation. It is a matter of where we want to participate. This is very different than a ‘Truth’ out there to adhere to. Every Truth imaginable is available right now. This is what makes this dynamic so fantastic.

Moving up to the paragraph that starts with “…yes…and, in that…”, it is our consciousness and our capacity for our consciousness is what we will watch create pockets of paradise that Ken Carey wrote about in his book The Starseed Transmissions. We who have been involved in the Mimzy Project and in alliance with the popolo of Damanhur, Italy have been experiencing this messaging in The Starseed Transmission directly. Super cool.

Now let’s look at the image I posted as the headed in the first post. 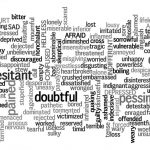 Let’s imagine that is the flak of a dying limited consciousness. The definition of flak is 1: antiaircraft guns. 2: the bursting shells fired from flak. 3: criticism, opposition  Example: She has taken a good deal of flak for espousing that view.—

Let look at this image flak…okay!? 🙂

Now, I am only doing the baseline here. We will go over this much more deeply in I, Magi on Wednesday, the 17th  because a Magi NEVER deals in Yes, Yep, Yeh, but!

As we move toward being part of shaping our unity with Creation where we ‘hear’ Creation and Creation ‘hears’ us, the HEART OF A MAGI, our mind and how we are listening to our thinking before we speak it into existence is going to matter. We are in streams of consciousness. In one, we are part of a new consciousness awakening and we are Self-studying and Self-training with our consciousness to be part of the new futures of existence rising.

There is no way to define Self. It is not personality. It is not the outside world and its influence on the personhood of the person. Self is your consciousness being aware of itself.

That is why this one little exercise of simply observing when you lead your response with a ‘consideration’ or you generate a ‘consideration’ when someone else is ‘informing the Field of Creation’ of which you are a part. Imagine going 120 miles an hour and saying something to someone that has them slam on the break. Ouch! Most human thought is to protect and defend themselves from what they think is already so. Where is the unity of Creation that operates on behalf of All Life here in that constant reaction to a tug on your consciousness seeking your input in the flow? To be aware of your thinking doing is to be conscious. Often called metacognition.

AND it is that awareness that has your consciousness awaken into what is missing, moving, and awakening. It is not I-centric figuring out what to do, but Creation-centric having input added to rearrange the molecular and particles into the next greater whole.

Why do you think that Creation no longer registers much of the thinking of human beings anymore? Human thoughts are like the rocks in the stream of Creation being washed here and there where the water happening to be moving. Imagine that you are a Conscious Self and you put your consciousness in with the stream of Creation and you are part of the flow and part of directing it in unity with the way the greater fields of consciousness are working. I know – a MOUTHFUL.

Let’s conclude with a song for your inadequate mental conditioning that you often identify as you!