I woke up this morning at 4:28 am in a consternation. Several things elicited the consternation, but I think the organizing point was being asked twice what I thought someone should do about something and knowing I could not answer because, in the template of existence I was in, there was no answer to the question.  Or perhaps better said, “The answer was obvious.”

I have no way to rationally address the consequences of not living harmony, balance, proportion, symmetry, and beauty with the world around you. If one knows the story of the bees, one would know without the bees, human beings could not exist. But no one thinks about that. They don’t know for the most part that a goal would be to operate on behalf of the bees because that is an organizing point for human existence.

I called Lara one day and said, “I need to tell this story as soon as possible!” She took dictation, cleaned it up and sent it to me and I never posted it. And here it is in my face again.

Now here I am at the story again. Luckily, in my diary, I can be obtuse. If you happen upon this, in my diary entry yesterday [see the date above], my engagement with the dream guardians spoke about there is a way ‘obtuse’ can get at things that ‘literal’ can not…safely. What almost all of humanity has no clue about is when the sacred is not taken care of shit happens. I think at least the statement is clear, but perhaps not the understanding of the sacred. In the Old Testaments of the major, at least today, religions there is a lot of talk about the wrath of God. There is a passage of comparing not taking care of that with is God’s which now in modern physics we can call the Generating Organizing Design of Creation with a fig tree and how the not taking care of life has Life not able to take care of you. Simply said if human beings do not take care of the harmony, beauty, symmetry, proportion, and balance of Creation, the Field of Creation that takes care of them collapses or at best weakens.

Memories: I am one of those Beings who came here many times, or at least several, to generate designs of matrixes where the reconnection to the generating organizing design of Creation can re-establish itself. This is easiest for me with nature as nature and I have not forgotten each other and we are busy doing what you do when you and the wonders of this planet – insects, birds, trees, weather, animals, the cosmos, the planet, the elementals, the primal forces, etc have an affinity with each other and work things out through that affinity. Human beings are not natural anymore for the most part. You don’t have to live naked in the forest (although I would probably like that except for quite a few things now I think about it) to be normal. You have to comprehend balance, harmony, symmetry, proportion, and beauty because that is the working design of this planet as its unique and essential aspect of Creation.

I fold my arms and squeeze myself…go further? Well, let’s see how long I can stay obtuse…I don’t think that literal is good to speak from at this moment…things are hanging too precariously in the balance or imbalance may I say of things. Let’s say from this magi’s perspective…in the reality of Creation that she has existed in for millions of years, human beings have come to a crisis point and it is showing up everywhere. Three obtuse things:

As some human beings begin to go into a reconciliation consciousness in connection with the original intent of the original design here, they begin to change their own consciousness. Simply said, they are wary of hatred and fighting. They are constantly aware of the influences around them and working their butts off to stay balanced as every minute of every day imbalance is occurring nowadays. They practice symmetry and proportion by supporting each other who are in resonance with the sacred again. They stay in touch with the beauty of life and realize the dangers of letting in the ugly.

Last obtuse imprinting of the field in my diary. Being afraid is healthy. Organizing one’s life by fear these days is more dangerous than usual. Staying distinct from the world around you is different than staying insular. Staying distinct you are more respectful of what you let in your door, the conversations you engage in, and the realities you promote.

For instance, when someone asks me in the outside world what I should do about a situation, I say, “It is not mine to know.” And it isn’t unless it is in a consult where the unity-base between myself and another is held in the sacred and we have a sacred environment wherein we can both hear. Why because what is being determined by human beings is what is the reality that they are organizing for because that is the reality they will have. This has been said forever as a warning for humanity, but not it is really happening that way. What I can’t miss the reality that has captured so many people and how engaged some people are in looking for the boogeyman, figuring out the interact with ‘the enemy’, shutting out the natural world when it seeks to include them again, and most of all thinking the only reality is human beings. Dangerous… these days.

I aware that people think inequality, injustice, ugliness is the only real right now – a reality I have spoken about for as long as it has been building residency here in the human sector- reality of separation, but it isn’t. In fact, now things are getting more and more polarized the odds of experiencing the opposite of a reality of separation is rising stronger because the planets organizing principle of balance, harmony, proportion, symmetry, and beauty. It is like a pendulum swinging too far to one side. Humanity is polarizing. Some are instinctively moving strongly into proportion, symmetry, balance, harmony, and beauty as a way of consciousness now and in a constant awareness and consciousness of that during this times but also to be more powerfully on the side of that than ever to regenerate balance.

What is more exciting is as the many who are part of the reconciliation of balance, proportion, symmetry, harmony, and beauty grows the activity of the opposite becomes more apparent. The law of Creation is everything is always moving to the next greater whole. It isn’t going to be like this forever.

Have you ever swung back and forth on a rock face knowing you need to build up momentum to be able to get to the next rock to hold onto that is quite a distance away? Probably not, but you get my point. That is where we are building momentum for that which operates on behalf of life and has us exist as whole. Why? Because the entirety of Creation comes into play in these moments in time where things become so polarized that an out-of-equilibrium event horizon occurs and wallah! we move into the next greater whole. First in the non-physical of our consciousness and then into the physical of our reality all in the new symmetry, proportion, harmony, balance, and beauty here.

So there will be those telling the same old story…the enemy, who and what there is to fear, I’m right. They’re wrong, etc.

But…then there are the others who are listening to a new story…need I say more.

Well, one more thing. There are consequences that are natural when anything resists the restoration of the original intent of the original design here right now. It isn’t the wrath of God. It is going against what is trying to include you as part of a greater whole. bears for instance. more obtuse for some but not all not being able to register a higher order of symmetry, proportion, harmony, balance, and beauty is like slipping on a banana peel and careening down the steps into hatred and fighting,  instability, lopsidedness, inadequacy, injustice, unfairness, inequality, ugliness, offensiveness. It takes muscle to stay in the space between.

That is why I am keeping a low a profile around me and as small an imprint on the space as I can. It is my social responsibility to, where things are still frozen in the old model of reality to not increase the imbalance around me by being too much in balance. To not increase the disharmony around me by being too much in harmony. This is symmetry and proportion. To not try to get rid of the shadow only make more room for the light. To not try to cure the imbalance just be more balanced where you are standing. Etc.

As you can see, I have stopped listing consternation because I have been able to speak in an as non-specific way as possible so the meat of the matter, not the circumstances I see are the priority. Someone I adore who knows more about proportion, symmetry, balance, harmony, and beauty is deeply engaged in not being polarized and being in the incredible wobble and wonkiness you go through in an out of equilibrium experience on the way to the next greater whole. We were never designed to polarize to the point of almost complete separation. Things break, things go out of existence, things deconstruct, things collapse if there isn’t a balance with all the various expressions here.

We are coming out of the era of right and wrong and into the era of a consciousness that considers all the expressions of Creation and generates environments of harmony, balance, proportion, symmetry, and beauty to include it all, just like our Earth does.

Final thoughts: Even time is going through a state shift. I listen as people say, “You can move in any time.” But I can’t. It has to be the time that becomes part of a reality of harmony, balance, proportion, symmetry, and beauty. I have found myself taking more time than ever not to move too fast, think too fast, decide to fast. What is so amazing about this is staying in the wobble, listening to my gut, being in a consternation, not settling on the first thoughts that rise a phenomenon occurs. I become clear. Clear as a bell. I am in a single moment clear my action and my perception of my activities are part of a new harmony, balance, proportion, symmetry, and beauty occurring and I respond to part of new realities of unity unfolding

Obtuse. Maybe. But right now that obtuseness that is not yet perceivable to many is real.

Actually, after reading this document again. I decided to simply attach it to this diary entry for those who are becoming aware.

The Matrix of Reality pdf

Creation Bless the Creation Exercises. I wrote them so human beings would be immunized for these times and their minds could shift with Creation and its working! 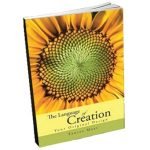 New Book in its final days: Mind of Creation – Beyond the Mental Mind