2019.10.08 A Dismantling of What Had Separated  Me from An Aspect of My Wholeness

There are quite a few people working with the Creation Exercises building a Body Matrix. “If you build it, it will come.” The present Creation of our physical and perceptive existence has forgotten, become corrupted by separation. We use the Creation Exercises as a collective to restore the webbings that had our physical and perceptive existence return to our unity with Creation that is the original nature of our original design. In the common language and perception of the day, this is hard to ‘explain’ because it does not happen in explanation. It happens as a realm of reality that comes into existence and as yet, even for those participating has not found its way into language. I think it will. Language births reality which is why the Creation Exercises. Language creates new registers of perception. Then those new registers begin to shape thought, thinking, and speaking. It has been my pleasure to operate in the reawakening of the realities of unity that exist with us the everyday but has become invisible in present thinking.

I just wanted to post that yesterday I had such an awakening regarding my body. It started with an observing regarding longevity. My whole life my body and I have been just making it through another day. We have adapted to limitations and carried on. I said it better in the observing and when I see the phrase again I will come back and post it here. When I started working with Dr. Chari, she said, she was treating me for longevity. I didn’t think anything about it until I did the craving what my body as longevity is for me is. I didn’t even think that much about it doing the craving but when I did the observing an entire thread of thought and malware of thinking rose to the surface. I realized that from me longevity was making through one more day, carrying one, going as far as I could with what my body had been through. I asked Dr. Chari in my mind why she was treating me for longevity. She responded, “Because that is all that is left.” When I came out of that exchange I could feel my subconscious ‘giving up the ghost’ so to speak. I could feel the personality that had coped balk at the idea of no longer having to cope with its form. It was a complete meltdown of my own consciousness and the survival pattern that had been introduced so I could survive. I was confronted with consciously choosing longevity as a possibility in this existence. I was incredibly shaken but this dismantling of such and imbedded patterning. I consciously surrendered myself into the body sessions with Heather, the body sessions with Anne, the work with Dr. Chari, the work with Deepak, the Yagnas Maa has put into play AND to Creation through the Body Matrix. I surrendered because I have no comprehension of what that could be. It is beyond my bandwidth. It has never existed for me this lifetime. I was born ill and my body broken. Maybe we all were. No way to know that. My consciousness has flourished because I knew the vehicle by being born here was compromised, but now.

The other pattern I have been working on for months not is contrast – the conflict of contrast. Like, I would love to be well, but. I would love to lose weight, but. It has been a rigorous endeavor. Finally yesterday  I realized that while contrast and the conflict that comes with it slides into words, it no longer goes into the template of my existence. I think the power of doing the Money Matrix and the Body Matrix have through the magical formula of the Golden Spirals given my mind access to what lies beyond contrast and therefore has me in the face of longevity without the ‘but’. It is a wild thing to be in an address that does not carry the compromises of thought that I have existed in and spent my lifetime overcoming. It is amazing really.

The evidence was really palatable when I went back to where I lived before to watch the dogs. I had put $10,000 into remodeling that room and building a deck outside. I had left because I could not be who I was there. It isn’t that the conflict over the money isn’t still needling me, but what surprised me is the experience I had being there. The conflict over money was separate from the experience of my body and my perception of being there. The conflict did not color the purity of the experience. I thought, “I designed this perfectly for my body.” Larry and the other contractor had meticulously built the space to move energy. It was so pleasant to move into the room again as a glove made perfectly for me. AND there was no contrast. I did not contrast it to where I live now and is where I am sitting writing. Here it is perfect also. There was no comparison, but pleasure for what I had created and that we got to be together again. I am smiling because Grammarly corrected me when I wrote ‘move into the room again like a glove made perfectly for me’ to move into the room again as a glove made perfectly for me.’ I don’t know if someone else would notice the subtle shift of language but I do. The ‘as’ has no contrast. So beautiful. Thank you, Grammarly.

I can feel it – each piece of my existence is the whole of my existence – it is the ‘be here now’ request of Creation during the evolving of the human species being fulfilled on. Then the structures I have created for my existence. The house at the top of the road in Grass Valley and the 21 foot RV here. Perfection.

Now another structure my body…a 73-year-old body according to the linear calendar. But what if my body is living somewhere else in Timeless Time.

If you like you can purchase a book with the exercises here. 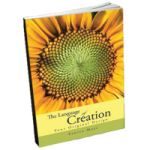