I never ever say it publicly, but today I will. I really love the gift I carry. This morning is one of those mornings in which this is particularly true.

My friend, Niall Walsh died a few months ago.

He is Adam in my book An Irish Tale of a Modern Mystic. In my opinion, my two books are really good books to read right now to feed the soul and open the mind.

The Language of Creation is the other one.

This is the second night since his death I have gotten to spend Dreamtime with him. This time, we got to talk because I needed to know if he needed my help and if he was caught here. In his Gaelic fashion, his twinkling eyes touched mine with a depth of sadness for the how shallow human lives are forced to be. He didn’t answer. Instead, he curled up on a sofa in a worn home on the edge of a big lake and held me.

You could say we were celebrating. I had found his poems. I was distraught after he died because I knew he wanted me to get his poems to his family. He didn’t want to be remembered for the man who fought addiction since the age of 10 and failed.

We would talk into the wee hours of the morning. We were Anam Cara to each other. Beloved Friends. I will write more about him later, but I have a busy day ahead and need to be about it. For now, I will want to publish his poems and honor his depth. He was a deep as his dark eyes that pierced the veil of this world and that for a moment let in an extraordinary angel.

If they are to Delight Us not Devour Us. 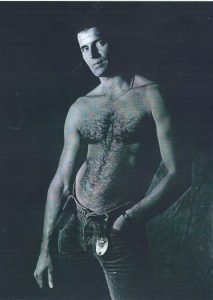 Water Pure or Tears of the Great One!

Do Life’s Sweet Mysteries abide in your moisture?

Are the oceans birthing their love to all?

Please, Tell me what hides in your soul.

Maybe, Tears of the Lost Ones Who have found their way home. 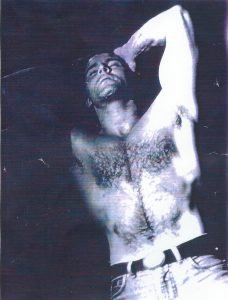 In between, Here lies the Lull

In Tween here lies the Lull. 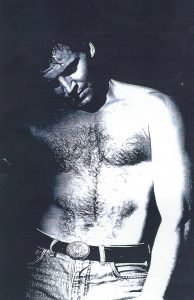 In the time of the Temple of Apollo in Delphi, the society cultivated the inner and outer beauty of its people. The athlete, the poet, and the philosopher were one. Here is one such human being. Perhaps our society has lost something only having our attention on the body and not what lies within.

Niall and I put these poems together in May 1994. I compiled them in honor of my friend who is one of those people who is as beautiful within as without – an athlete, a poet, a philosopher, a lover.

I, who am not as physically beautiful as he and at the time of this writing was 100 pounds heavier, learned about my own physical beauty through him.

I told him once that it would be easier to be with him if he wasn’t so beautiful. I said, “I know myself as beautiful within, but not beautiful without.”

He said to me, “Don’t you think if God wanted you to know you were as beautiful on the outside as you are on the inside that one of the first things he would do is send you your reflection.”

This moment in time is offered to honor all the beautiful people we have exploited and out of that exploitation lost a wonderful gift they came here to offer…their reflection.

Next time you go to the movies and watch the beautiful people performing on the screen listen to your body and how it hums with the feelings of what you see before you. This would not be possible if you were not beautiful too

At the time, many people here in the USA were asking for his picture. I sent them these poems with the pictures and a note, “I cannot send you his picture without also sharing his inner beauty, and the beauty of all of us through his words.”

I will sign off now on my Anam Cara, my beloved friend. I will use the name he was blessed with at birth.

Wishing you could hear me The Preciousness of Connection

2022.09.28. A Wisdom Moment before the Activation/Transmission tonight