I Did My Own Solar Plexus Activation!!! 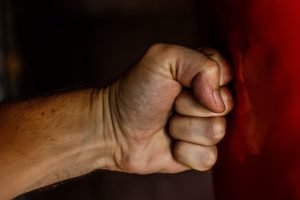 “I gotta share. I did my own solar plexus activation today. I am laughing. If I ever wanted proof that something besides me moves through me, I got it today. Why am I laughing? I was wondering what it would be like to post a testimonial about the solar plexus activation that I did on myself. How wild is that? All I know is I feel so integrated…so at peace…I had been thinking I felt sucker punched by some things that have happened. My thoughts went something like this.

“Why have I been responding to some really cool things that are happening by feeling that I am going to collapse?”

In thinking this, I scanned my body and realized it was not my whole body. I realized when I started to get hope or excitement that I wanted to hold my belly and protect it like when you lean forward to make sure you don’t get hit again. It was an imaginary thing of course, but since I hadn’t been rolling over and protecting my gut, I could felt that, in not doing, my system just wanted to collapse.

This has been going on for awhile especially since the present government took office and some other personal blows that left me winded.

Yesterday, I had met with Heather and Jackie and the conversation as in other conversations recently about creating the futures had gone well. After these conversations, I would deflate and either sit outside in my wild crazy eclectic garden or take a long nap and dream, dream, dream way into the night, then waking as if I had taken a long journey. I found I was pulling back from reacting to things in sa elf-protective way and quite incapable of authentic response.

This morning, I had pulled myself together to go to Tai Chi through sheer will as I felt like my insides were slipping down into the bottom of my feet in a gathering pool of exhaustion.

When we got there, Lily pranced across the wooden floor over to her accustomed spot on the rug in the room by the big room we did our Qigong and Tai Chi practices in. She seemed reluctant to stay there so I knew she knew that I was not up to par. It is my black shepherd, blue heeler, Aussie mix dog that lays on me, curls up against me, or drapes across my feet in her own extended consciousness designed to take care of me.

Standing up getting ready to do the exercises, I felt like the witch in The Wizard of Oz. “I’m melting.”

Then the most wondrous thing occurred. The teacher spoke of being so exhausted the week before that she couldn’t do the combo Qigong Tai Chi exercises so she had laid on her bed and imagined them. I piped up wearily that I wish I could do that. In an instant she had pulled out the big mat and had me lie down on it. Everyone laughed as Lily creeped head down cautiously toward me waiting to be chided back to her spot. Once she reached the mat, she lay down beside me on point for my well-being.

It was amazing. Imagining the exercises turned out to be quite a neuroplasticity adventure. In one exercise, standing, you start with both arms to the right. One arm curled in toward the body. The other outstretched. As you move them to the left even with your chest, you watch your outstretched hand until you get to the left. Then you bring your outstretched arm in and extend the alternate arm. When I imagined it, I went part way from right to left and then suddenly I was left with the alternate arm extended. I had not imagined the in between. Since I work with increasing the strength, stamina, and capacity for being, the brain is of great interest to me and this was an amazing moment of watching the gaps in my neuroprocessor. This is what Elektra from the In Unity of Creation Institute and I are doing in providing the Tools to Thrive. We need our processors to work right.

After not moving and imagining, I was amazed at the end that I was completely regenerated as I moved in the Tai Chi movement with great interest and delight.

When I came home, Jackie and I had a meeting with a personal marketing coach which I thought I would try out for a few months with Constant Contact. I was exhilarated by the possibility. Jackie expressed a single concern and I instantly deflated.

I went in and laid down. Again wondering what on earth was going on.

One of the Architects in the Architect Spiral of Being called me from Switzerland. She is a body empath like me. She is more in the emotional side of it and I am more in the cellular side of it. In the interaction of being present to what there was to be present to in the conversation, I felt myself being catalyzed by the deeper awareness body empaths carry. When empaths communicate there is a deep empathic response. The cells receive information that expand their capacity to open up into what there is to have. [remember the power of the Observing in the Creation Exercises]

This is why empathy is so important to restore in humanity. We can stay present to what there is to be present to and we don’t do things that harm ourselves, others, and life through uncontrollable reactions.

Jackie left while we were talking. I curled up in bed and thought about my body. I remembered in a conversation with Heather the day before. She was urging me to trust my gut. While she didn’t say that. She was urging me to trust. I realized my response was that I couldn’t find a gut response so how could I trust at a gut level. This was very disturbing to me, not trusting, for I have a high gut response intelligence. There, laying in bed, I realized it was missing.

“Okay,” I thought, “If I can imagine Qi Gong exercises, then why can’t I imagine my own solar plexus activation.”

I was completely stunned by how easily it was to move into the activation. If I ever wanted to know that what moves through me is not my personality, I got real time evidence as the activation began.

I found myself out in a huge landscape of deeply terraformed woven threads that once had been taut like a mighty drum. I knew this was the energetic landscape of my solar plexus region. Now the terraformed landscape was weak and no longer taut. So loose that threads were slipping out of the webbing and the landscape was getting weaker. I began to, with great care, move around and nudge the memory of the strength, stamina, and capacity of the solar region and its connection to the being of this Being in being active again. It felt like when we are smashed to pieces and Creation gently cares for us and nudges us back together.

Then as that began active, I went out beyond through a hole in the landscape. I often seen equations much like a physicist sees before he or she scrawls gibberish mathematics on a big chalk board. In this complex equation a section deep in the gibberish was missing. I stared at the empty space until Creation responded and the section was filled in. It looked a lot like flames scripting in the missing section. Everything then faded and the activation was complete.

I came out of it amazingly in exactly an hour just like I do with clients. Who’d thought!

I felt completely different. I felt so calm. I was at peace. I could feel that gut strength when you know the universe will take care of you and everything you love is going to be ok. I hate to say it, but I was completely startled at the level of integration and the profound sense of healing that occurred. Now I understood why people schedule them more than once.

I just kept smiling and then I laughed which is what started me writing this.

I am so clear that we cannot become aware or stable of our place in creation without our systems that give us access to gut instinct and our all seeing eye coming back online. It is why I wrote the templates for the Creation Exercises. To repair our broken system of consciousness that let our energy fields and our matter, our Being and our everyday humanity become one.

It doesn’t mean that I am not influenced by the limited perception of the world we were born into and still at the effect of it. In hindsight I can see I had started doing the Creation Exercises again. I had done 3 Cravings and 2 Observings on the Cravings. I could see it had prepped my system to follow the threads of an unfolding resolution to what was not letting me be connected to life and what has me exist as whole.”

Even now, the next day, as I rewrite it because part of the original blog was lost when uploaded, I am stunned at the difference. I slept soundly. I woke up at four am with a verve of life that was no longer compromised.

I am eternally grateful.