Listen to me: Without those realms of Paradise awake in you, regardless of what is happening in the immediate moment of now, the formless realms will have nothing to draw from to generate new forms that carry the templates of Paradise. 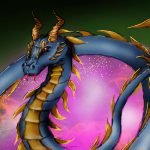 This Month’s Activation: I have no way I can describe the incredible joy and appreciation I have. People since 2011 have been doing these Activations in the face of their mental mind having no way to comprehend the power of them. Now human consciousness is reaping the benefit of their constant attention to activating the registers of reality within them that were buried in the cacophony of the dysfunctional mentality in the illusionary reality that some still dare to call real. I am dedicating the next 7 months of Activations to those who have built the field that has pierced the veil of our tight-butt world and opened us up into the realms of Paradise within us and yes, eeking into the world around us quietly but with a smile like when we get to be part of what might still be a great secret.