Click Here to let us know if you are going to join us. 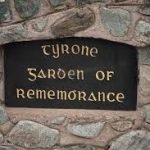 “As I listened into our trip to Armagh I had thought to organise an Oíche Comhluadar to include people in Northern Ireland in our activities.  I spent some time asking around but nothing was landing.  Not knowing a base of people in N.I. I realised it was time to let it go.  In the meantime I kept hearing a whispering of Omagh.  Having no connection to Omagh (in this lifetime) I was inclined to let that go too, but Omagh persisted.  I felt that if nothing else I would book us beds for the night.  As I went to organise accommodation I decided to Google Omagh first.  The first article that showed up for me told that August 12th, 2018 is the 20th Anniversary of the Omagh Bombing.  In the article the commemoration committee was suggesting that this year might be their last annual commemoration of the very tragic event, that shook the lives of many both North and South of the then border. Based on this we will visit Omagh exactly a month after the 20th Anniversary Commemoration.  The past now complete.  We can start a new beginning.” Anne Tyrrell

“There is no separation between the ancient times and the present. We have been guided to return to places of separation where the rift of separation. We go where we are called.” Tantra Maat

We will arrive in Omagh on September 13th and hold a ritual of peace at 7.30pm at the Omagh Memorial Garden.  If you are called to join us we will meet you there.

Weaving together a global matrix

What this trip was about for me