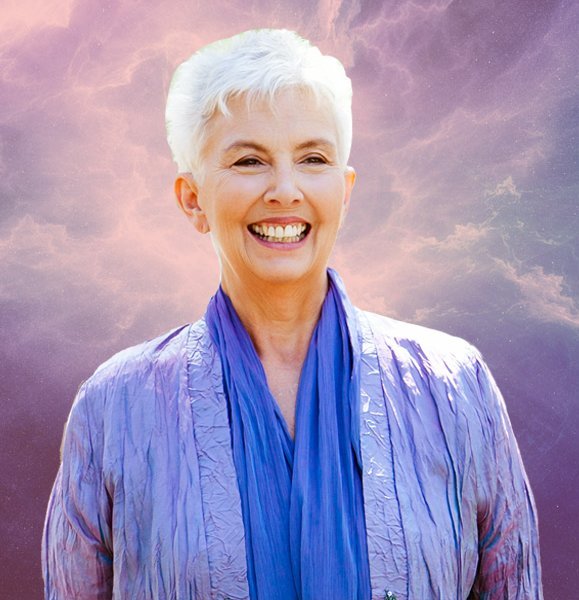 Scroll down to learn more about this month’s guest…

I am a facilitator of consciousness and a big part of my work is the research of consciousness. I have a ‘research lab’ where I work with 55 participants each of whom are focussed on expanding their individual and collective consciousness. Through this unique ‘lab’ I am able to explore specific areas of the human experience and consciousness such as the biological awakening that is occurring with many people right now.

Part of this research has also lead me to working with others who are also paying attention to the spiritual and biological evolution that is occurring.

This page is dedicated to sharing some of the conversations, ideas and research that have come about from my co-relational, correlate work.

“Our body is not only a vehicle for this lifetime, but also gives us a concrete way in which we can receive messages from our consciousness”

Inelia and I, both in our landscapes of creation, flow with the river of life. We have no idea what will come up in the call. We do know that we will give voice to what is there. Inelia and I both know that it is in your hearing the words resonant with Creation that you are transmuted into a greater configuration of your own evolutionary design. We will be on her boat in Clallam Bay, Washington for the call. I am going there to strengthen, built stamina and capacity in the freedom of an expanded field so that when I return the expanded field of consciousness [what connects to us to life and has us exist as whole] is stronger and more potent than ever. I am excited.

Register for this call

Kea Bardeen has been keeping her promise to Creation in Glastonbury, Scotland. I have walked with her part of the way. The way she had to look at money, who she discovered herself to be in achieving the impossible, and being dominated by vision is a rich conversation I wanted you to share in.

As a person who identifies as (pun intended) a visionary, mystic, agent of change, and even cultural evolutionary, I see identity as a leverage point for individual, cultural and global change.  In other words, my call to pay attention to identity is but one way in a collaborative collective of ways to bring humanity to its next, life-enhancing whole.  I’ve been called to address identity as an access point to reawaken and re-establish unity in human nature.  If I’m going to facilitate renewing and restoration of identity, I’m going to give every opportunity for a person to use various building blocks to generate a new world for themselves and thus for everyone whose lives they touch.

As a clinical psychologist, I have seen changes in self-perception or identity be the difference between a young person believing they could make it out of their poverty-stricken, violent neighborhood or remaining stuck in life-defeating circumstances.  I’ve seen changes in identity make the difference in a person healing from PTSD, restoring their relationships with spouses, children, and other elements of society so they could find a meaningful, satisfying life again.   I’ve seen changes in identity be the source of a person becoming able to be kind, vulnerable, and to operate in mostly life-enhancing ways.  This changes the individual’s life but also influences and thus changes, even upgrades, many facets of the world around that person.

In my June Tantra Talk, Marshall and I spoke to cosmic consciousness, which is our unity-based capacity to comprehend wholeness and what has us be whole. This month Crotalo Sésamo from Damanhur will join me in a discussion of how more than one timeline is occurring during these times, so you have some ability to identify which timelines you belong to and/or which timeline you wish to be part of.

Claudia Johnson from Sky Dog Institute will be joining me to speak about the psyche of the dark and the eclipse into the light in these times.

A very old symbolic language, astrology makes use of the cycles of the seasons – along with the cycles and relationships of the planets in our universe and the stars in the constellations – to describe, explore and map the human psyche.

For the past several decades, astrology has been undergoing a renaissance. New thinking about psychology and the stars themselves have led thoughtful people around the world to re-examine and reclaim astrology as a practical approach to understanding what it means to be human. And serious scholarly work has brought us back in touch with the dome of heaven-the gift of Visual Astrology.

A graduate of Princeton Seminary, Claudia Johnson has led classes and workshops in astrology, as well as other programs based in transformation. She has a BA in Education/Religion and a Master’s Degree in Religion and Education. Claudia is also one of Tantra’s valued resources. She is part of a community of resources that are tracking what is rising in the midst of what is no longer able to stay in existence.

The Solar Eclipse on August 21st, 2017, as well as the Lunar Eclipse on August 7th, portend a very significant moment in the history of the human psyche and for our planet. The psychological impact on humanity still lives in our past. The fear of oblivion is strong in the human psyche. During these tumultuous times, this eclipse eclipses the human psyche’s concern about survival. This Solar Eclipse is referred to as the Great American Eclipse (visible in North America). We can participate in this event by looking up at the sky, by looking for the synchronicities using the language of Astrology, and by participating with each other at this critical time in history. 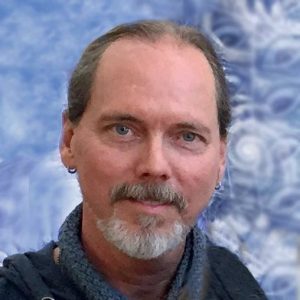 In 1978, at the age of 19, Marshall had a spontaneous awakening experience in the throes of his college identity crisis. One night something became sudden and definitive. That moment popped him into a state of awareness that would has him at work to comprehend something larger, something beyond ‘me’ and yet ‘me’. Mine was the death of my son, Jeremy in 1978 that created a spontaneous awakening that led me to the level of work I do now.

To have Marshall come on and talk about who are we as part of the universe is precious to me. We have been with each other, in good time and in bad, and have always been expressing our relationship with life through who we are as part of the greater whole.

Both of us invite you to feast with us on our exquisite design and awaken even more than has ever been possible before.

A Conversation of Biological Consciousness

We are in an evolutional biological awakening.

What does that mean?

Dr Heather Hunt and I have been working together on what gives the body a new baseline. That new baseline generates the bodies desire to heal and from that baseline we can learn to trust in our body’s en-wholement process.

When we listen to certain types of conversations, it activates and opens up our innate healing aspects. It allows our bodies to relax, respond and regenerate because the information in this type of conversation is more accurate to our own true experience of what serves us and allows us to be whole.

Join Dr Heather Hunt and myself as we move with you through a vitalizing conversation of body consciousness. One that will awaken your biology into its own ability to heal.

Dr Heather Hunt is a Chiropractor and Cranial Sacral Therapist and specializes in Functional Medicine which is a system of medicine that takes into account the whole body and its function in order to uncover the root cause of what is ailing you.  You can find out more about Dr Hunt on her website here. 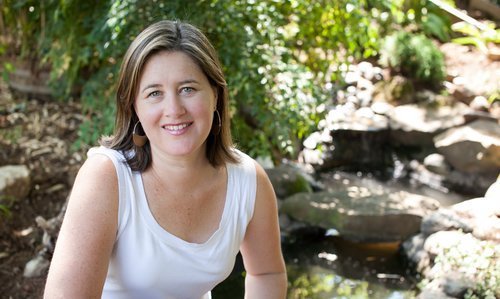 Recently, I spent a weekend with Maori healer warriors. One of my takeaways was “Your knowing is diminishing. Today is not tomorrow and tomorrow is not yesterday.”
This is why I started the talks. So we can begin to awaken to knowing that is in the now. We can fertilize our own consciousness, and connect to our own relationship with what each of us be a unique and essential aspect of Creation.

Join me in conversations with those I have been working with in the now unfolding research in consciousness.