This Holiday Message from Tantra Maat

I am deeply humbled by the consults I have been in since Thanksgiving. Each consult has very powerfully pointed toward 2018 with an intensity of inner and outer activity I have not seen since I did consults at the beginning of the year 2000. The consults remind me of a vision I had once. In the wake of many evangelicalistic prophecies,some that have even been reported in the news media, of the ‘end of days’ this vision feels significant at this time.

By the way, I am not supporting the ‘end of days’ prophecy. I am, however, aware that powerful forces of belief, which have been in play for over 2000 years, are in play in both constructive and destructive ways. Belief is a powerful thing, and sometimes it can lead us astray because, in that belief, we lose the value of life. The vision I had almost 30 years ago has stayed with me, kept me alert, and ready for these times. 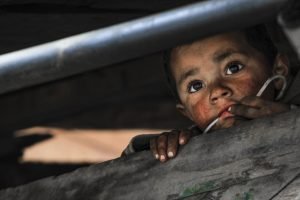 I was a young girl dressed in a worn peasant skirt and dirty overshirt. My hands were dirty from working the sandy soil for our family’s food. I had heard that a holy man had been buried in a cave near us, so I sneaked off and ran to see. I was stunned to see an angel, wings and all, standing by the rock that closed off the burial cave. He looked at me. Somehow I knew he was waiting for the holy man to come out of the cave, and guarding the entrance until that time. I was so excited. I wanted to rush home and get cleaned up. I felt so dirty. I wanted to look perfect when he came out.

I said to the angel, “Do I have time to go home and change? I want to be prepared!” He looked at me with piercing eyes and said very sternly, “There is only to be prepared.” Excited, I raced home and cleaned up and raced back.

The entrance of the cave was open and they were gone. I realized that it didn’t matter that I was dirty, or that I thought I needed to clean up. I had been caught unprepared through my own thoughts and perceptions, and was not there for something that was very important to me.

Since that day, I have known that it doesn’t matter if we are dirty or not yet ‘all cleaned up’. It only matters that we are prepared for life, in all its recursions, at every moment. This preparedness gives us a stature and substance for life that does not exist when we are constantly caught unprepared.

You are becoming the Consciousness of Creation again