Activations and Consults are open for February!

A Seer
A Mystic
A Prophetess
A Cellular Empath
A Facilitator of Consciousness...

Your Emergent Self – A Individual In-Person Engagement 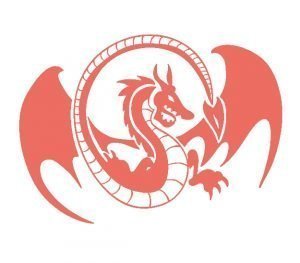 Up until recently I, as a feisty 74-year-old mystic, seer, and prophetess, ‘glamped’ in my 21’ foot RV in the foothills of the Sierra Mountains of California with my fifteen-year-old forever friend – my black dog, Lily.

Then Lily died and I began the timeline that she and I prepared for after her death. I left California and returned to the mystical realms of New Mexico to be part of the next six years of human evolution.

We are in the times when our human system is being reunited with the unified fields of Creation. This reunification opens human beings back into realities of unity that have until NOW existed in obscurity in a reality of separation, that we were born into. This reality is deconstructing, collapsing, and going out of existence. This reality we have been embedded in has human beings driven away from themselves, others, life.  And...the paradise of which we are a part but have not been able to register until NOW.

My 2020-2026 NOW-centric work involves restoring unified fields both within ourselves and with others that open us up into our individual and shared destiny. New contours of reality are emergent NOW. We can build our dimensional comprehension and our individual language of creation - often referred to as a Language of Light.

At 3 years old, I knew that I would be part of the future I saw ahead though I had no words or understanding.  Now, for the last 57 years of my life, I have accurately predicted the challenges of awakening in humankind. As a cellular and geopathic empath, I have tracked the unfolding of the consciousness of humankind to this epic moment. Beginning in 2011, I dug in and created a living field of unity within which humankind could get a living experience of the realm of unity now unfolding in the chaos of dying systems of a fragmented reality. My purpose in providing what I provide is to open human beings up into a living experience of what a human being is designed to be. A human being is designed to be a magnificent expression of the unity of spirit/flesh, matter/energy, alchemical/biochemical, mortal/immortal. A human being is designed for paradise.

This is humankind’s time to awaken beyond the social, biological, and cultural limitations of these times.  I am designed to actualize the activity of this awakening. This is why I was born. I work with joy and wonder as an expression of Creation to open up the ancient arts of unity.  To BE alive NOW is to have a powerful moment in our NOW destiny. The awakening of the human mind and the human personality as an expression of Creation is my skill and my mindset.

Listen to my Night Sky Story that explains my Birth Template. Recorded on April 5th, 2015 it is read and created by astrologer Claudia Johnson.

I received my name from Fungi, a dolphin that visits us, humans, in Dingle Bay, Ireland. You can read about our encounter in An Irish Tale of a Modern Mystic, my first published book. When I heard the name Tantra Maat, I had no idea what the name represented or why after four years of avoiding the name, I felt compelled to take it.

Over those four years, I would share with people from time to time what had happened. I often received emails explaining why they saw that Fungi had given me that name. I was guided to Damanhur, Italy, and the Temple for Humankind where I discovered they hold dolphins to be part of humankind. These synchronicities and deeper realms of Creation has guided me and been a part of me all my life. I have been in the territory of Creation since birth sharing an element of its mind and its consciousness as all beings are designed to do. NOW others are rising into their Minds of Creation, their deeper realms that are calling them, as they are discovering themselves as territories of Creation...what I have in the past referred to as Field Beings being Fields in the unified Field of All Creation." 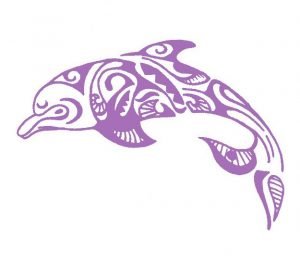